My name is Valentine (though most call me Ezra or Alex) and I live in Los Angeles, California. I study philosophy and anthropology, and on the side I do basic translation work in Chinese and English. I'm androgynous and I prefer gender-neutral or feminine pronouns but I'm not too bothered either way. I write on the side as a hobby and this site will eventually function as a sort of portfolio of the works I've written or translated.
Though a grand majority of the writing I put together is prose, I occasionally write essays (primarily about the subjects I study, but some are focused on broader subjects like linguistics, philosophy of the arts, and mainland Chinese politics), though most of them go unfinished and will be listed here primarily as drafts to document the development of my ideas over time, with a Chinese translation available hopefully in the future. I also work on assorted audiovisual projects. Presently, I'm putting together a collection of assorted field recordings which will be released on tape eventually (when all of these are somewhat done, they will be posted here and on the forthcoming 'news' section too).

"A revolution is an insurrection, an act of violence by which one class overthrows another." (Mao Zedong) 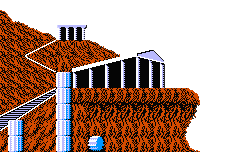